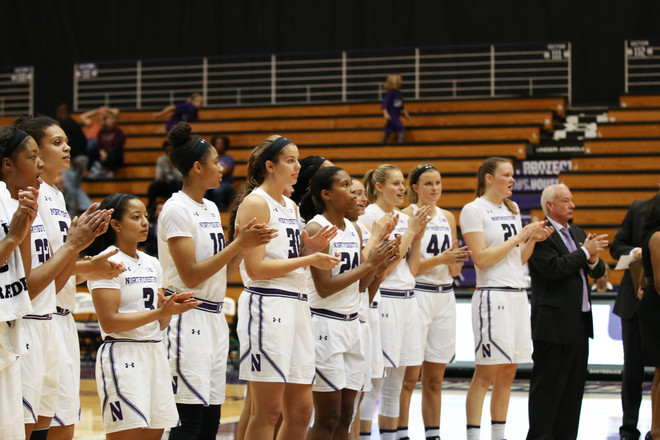 Northwestern started its season with a 67-48 victory over Hampton Friday.

The ‘Cats struggled early and were bothered by Hampton’s active defense, falling down 18-10 at the end of the first quarter. NU looked out of sync, airballing shots and turning the ball over. But in the second quarter, spurred by a few Christen Inman midrange jumpers and improved defense, the Wildcats went on a 17-4 run and took a 27-22 lead into halftime.

"These guys show some toughness when they dig in defensively," head coach Joe McKeown said. "I was really proud of that."

NU’s run spilled over into the second half, as the ‘Cats extended their lead to 37-24 midway through the third quarter. From there, the Wildcats settled in and rolled to victory.

NU received contributions from more than just the usual faces, a key reason it was able to bounce back and roll to victory. Lydia Rohde was feeling it from deep, adding 12 points on four three-pointers. Oceana Hamilton put up six points, grabbed seven rebounds and added three blocks. Lauren Douglas had 10 points on 5-of-8 shooting.

The 'Cats were able to outmuscle Hampton down low, where NU grabbed 48 rebounds to Hampton's 29. The Wildcats also had 12 total blocks, while Hampton had zero. At times, NU lacked that strong interior presence last year, but with the superb play of Coffey and Hamilton, the 'Cats might be an intimidating team in the paint this season. It will be tough to gauge before Big Ten play, where the physicality increases, but NU looks to be an improved team inside.

"[Hamilton's] been real steady, she's a great post defender," McKeown said. "She'll finish around the rim, really good screener, she does the little things. I think she started to impose herself deep in the game, which we haven't had that presence, and that really helps."