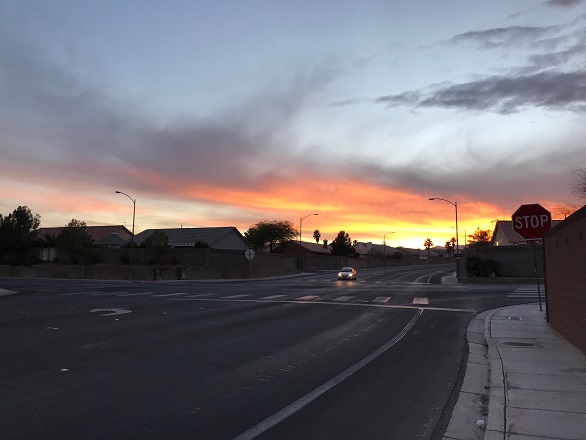 I grew up on suburban streets, against the backdrop of mountains, deserts and casinos

I was raised on lukewarm summer nights, on relentlessly hot July mornings

My brother played youth league soccer at a park with green grass, the same place I learned to waltz 17 years later

The Borders book store where I bought my first copy of Twilight is now gone, but the Barnes and Noble where I browsed Taylor Swift CDs still stands

I spent my years between strip malls and strip clubs, two hours from Zion and 250 miles from Disneyland

On birthdays, we ate at hibachi tables, and when family visited, we toured Caesar’s Palace

And while I can’t stand humidity, I’m never bothered by temperatures over 100 degrees

The isolation seemed impenetrable, the culture wrapped up in its own

I grew up in Sin City, with a story less of sin and more of home