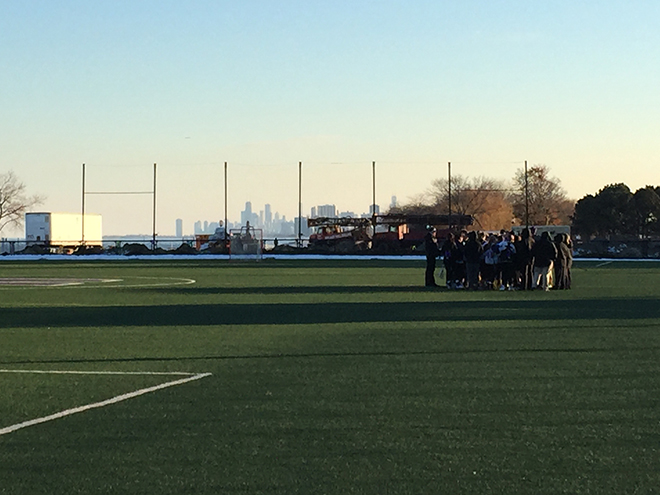 Last year, the Northwestern women’s lacrosse team did not make the Final Four of the NCAA Tournament for the first time in 10 years. An up-and-down 14-7 campaign was considered a rare down year for the Wildcats, as they did not even advance to the first-ever Big Ten Championship after being a preseason favorite. But NU returns the bulk of its starting lineup, including the Big Ten Freshman of the Year, star goalscorer Selena Lasota, who scored the fifth most goals in the country with 69 last year. Ahead of the ‘Cats’ season opener at Duke on Sunday, Feb. 7, we sat down with head coach Kelly Amonte Hiller to discuss the upcoming season.

Last season and what the team has learned:

“We gained momentum as the season came on, but I think we just had too many trip-ups that kind of put us in a bad position Tournament wise. We did progress, but we just weren’t able to progress quickly enough. That’s one of the things we are focusing in on, we have to get better every day. We can’t have mental lapses and take days off, that will set us back. All these teams are good that we are playing, and they’re all wanting it as well.”

What they’ve been working on in the preseason:

“Just trying to jell. Last year we had several freshman on the attacking end, so I think those guys have a year under their belt. Just making sure that we take advantage of our strengths – we have weapons all over the field so we have to play good team offense and good team defense. We’ve really been focusing in on the team approach.”

Losses to graduation and how those players will be replaced:

“We had a couple of big losses on defense, and then obviously Kara Mupo is a huge loss on offense. For us, it’s about finding our new players and making them better every day, and pushing our returners to get better. We’ve worked hard at the environment that we created for the girls this fall and honestly we are just really excited to test the waters this weekend and see where we need to continue to improve.”

The chemistry of the team:

“Any time you return a lot of people, it’s easier to have that chemistry quicker in the beginning of the season. Compared to where we were last year at this moment, I would say the chemistry is definitely increased. But I don’t know how that’s going to play into the game because the game is a battle, and we need to go out there and win the battle.”

“I think she can improve in a lot of different areas, she’s trying to create new elements for her own game and make sure she meshes well with the team. She obviously draws a lot of attention defensively from other teams, so how do we take advantage of that? She’s coming off this summer competing in the world championships and winning with Canada so it has given her a lot of confidence, and she’s definitely done a great job thus far – but it’s preseason. We’ll see what happens when we get to the battles, and we really need to go in there on Sunday and put our best foot forward.”

“It’s really competitive. Nat and Mallory have been doing a great job, we are down to the wire deciding who we want to start there. We’ve been trying to push them each individually to get better at their strengths and weaknesses. With Nat, she’s got a little bit of experience but not a lot of game experience, but she’s really been keying in on getting better overall. Mallory is coming into a whole new level, obviously she was successful in high school, but I think the college game is very different. We are trying to see who does well within our defense and within the personnel that we have down there.”

“The draw controls were an issue at the beginning of the season [last year], but towards the end we did pretty well on draws. I was really proud of our progress there and I think that has to be a point of emphasis going forward. If you want to be good, you have to be solid at possessions. We are definitely keying in on that, and our girls take that very seriously.”

“I’m looking forward to Sunday [at Duke]. For us, our schedule is so tough and we have to take one game at a time – that’s all we have right now. Obviously, the first game is always exciting. We have to go out there and see where we’re at.”

What the team needs to do to be successful this year:

“We have to continue to progress every day. If we can keep our head on straight, I think we have a talented group, but it’s all about how you progress, how you work to get better every day and the mentality you bring. That’s our focus right now.”