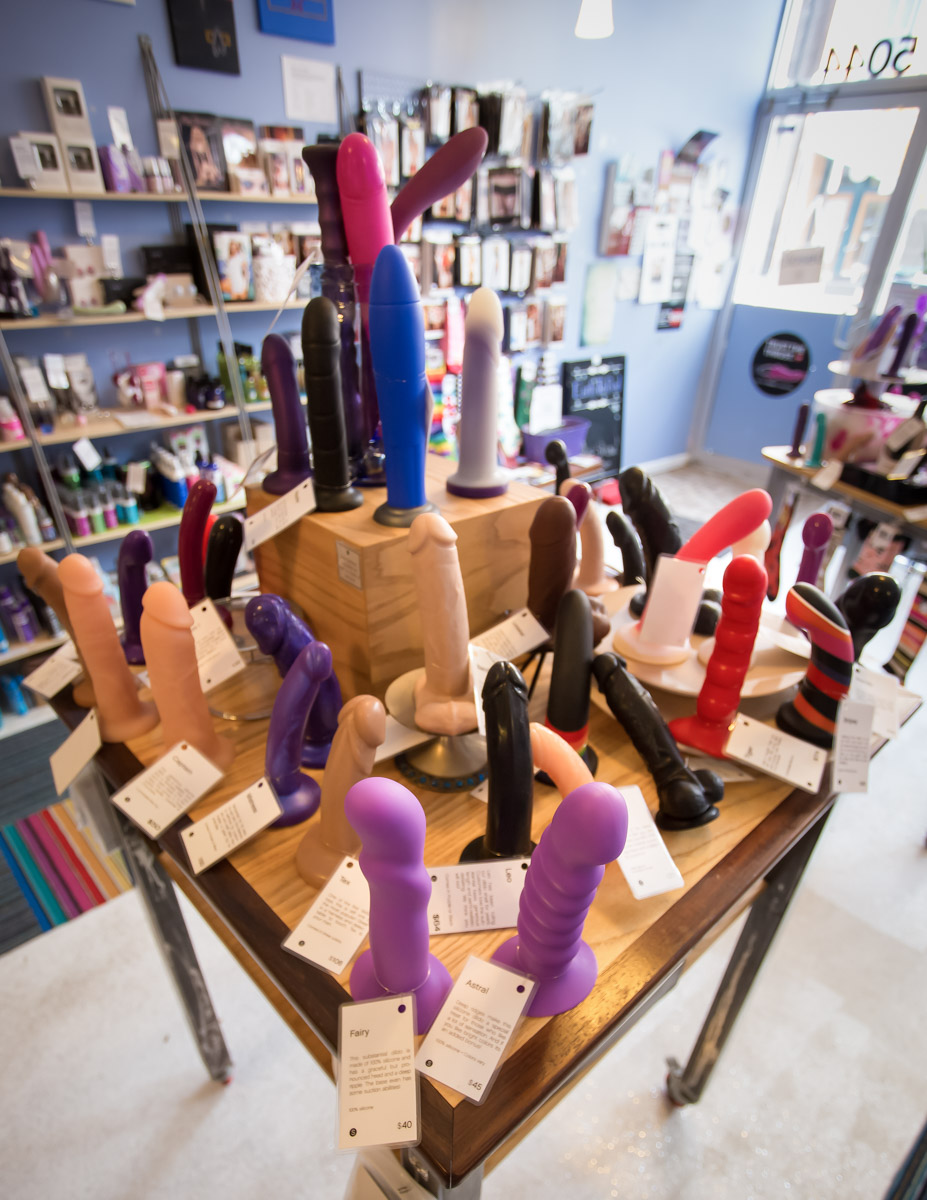 We recommend reading this article on our Apps website at apps.northbynorthwestern.com.

Sex shops delve into a world of pleasure, but there are many other benefits to a healthy sex life. Frequent fun in the sack eases stress and keeps your immune system strong, according to WebMD. And Julia Gelport, a sexuality educator at Early to Bed sex shop, says sex toys and sex education encourages communication and self-confidence.

“I think college is a place where people have freedom to explore,” Gelport says. “Having more friendly, education-based sex shops has definitely helped people become open and curious about sex toys because it’s no longer a shady place for mostly single men to go to.”

Early to Bed specializes in sex education and safe sex habits. Whether going solo or sharing the fun, Early to Bed encourages newcomers to ask questions as they  explore an array of pleasure products, even if they “think their questions are weird or unusual,” Gelport says.

“We get all ages, but we do get a fair amount of students,” Mason says. “They’ll come in with a group, and they’ll laugh and point, and then they’ll come back one-by-one by themselves because they saw something they liked.”

Although sex shops are commonplace in Chicago, 63 percent of Americans peruse for their intimates on the Internet, according to Adam and Eve, a popular online sex shop—but Gelport supports in-person shopping.

“The FDA doesn’t regulate sex toys like they do most everything else that we put in and near our bodies,” Gelport says. “There are a lot of sex toys out there made out of harmful materials.”

Some sex toys sold online are made of porous materials that capture bacteria even after being cleaned, Gelport says. Sex shops like Early to Bed self-regulate products, making sure they’re all body-safe. And although it seems obvious, toys sold in shops are new and unused—which can’t be guaranteed with online products.

Mason agrees that shopping in store has added benefits—store employees can narrow down the field to help customers find the perfect addition to their secret stash of sex toys, from new condom flavors to cock rings.

Egor’s Dungeon, like many other local shops, also ensures customers understand how to properly and safely use the products they are about to buy.

“In the store, we put batteries in and make sure that they like it, that they’re comfortable with it, and that they know how to use it,” Mason says. “There’s nothing worse than getting something and having to read the manual.”

While sexual expression, equality and freedom are often at the forefront of public discussion, Chicago sex shops offer a safe space for people of all orientations and genders to talk about traditionally taboo topics. ping into the world of lube and love machines may be intimidating, but Mason advises college students to be fearless.