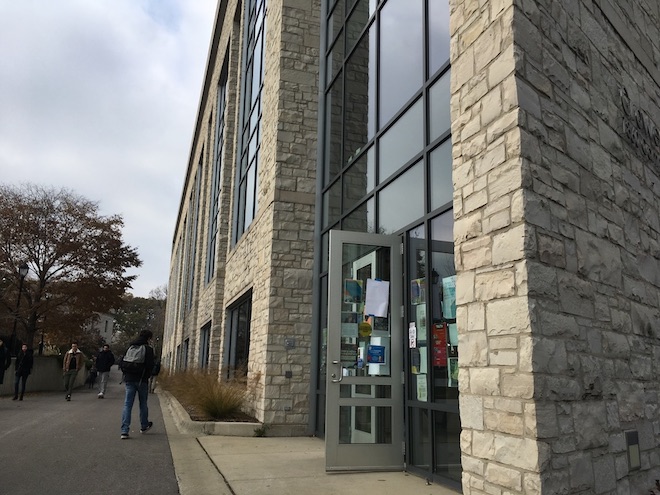 The graduate students filed reports with University Police and the Bias Incident Response Team.  At the time of publication, the University had not released a statement about the signs.

“We do not know who was responsible for posting the signs, but do know that such signs have been posted on college campuses around the country as a part of an alt-right scheme, as covered in The Washington Post,” Johnson said via email.

Similar posters have been found on college campuses across the country as well as in Canada, apparently spread among white nationalists online earlier this month. According to the Washington Post, the signs originated on the anonymous imageboard website 4chan, then spread across the internet as signs were found in colleges and cities around the country and in Canada. The Post said the idea behind the campaign is to "feed social unrest and sway white Americans to far-right ideologies".